Chapel is the eighth track off of Heart Shaped Bed by Nicole Dollanganger.

Chapel was originally the third track off of Greta Gibson Forever, but was released as a single on February 15, 2016. It was later added on the Run For Cover Records reissue of Ode To Dawn Wiener: Embarrassing Love Songs as a bonus track. Nicole wrote, recorded and produced the track entirely herself. 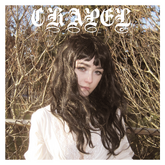 Chapel Single Cover
Add a photo to this gallery

Additionally, it was used in The Walking Dead's fourteenth episode of season six called "Twice as Far", which aired March 20, 2016.

The song is partly inspired by Mickey and Mallory's wedding in the movie Natural Born Killers (1994).

I’m going to get married today
The chapel is full of flowers and sage
He’ll lift up my veil and he will say,
"Are you sure that you love me?
Are you sure you can wait?"

I can be good, I can be true
You know I don’t love anyone
But I love you

I can be good, I can be true
You know I don’t love anyone
But I love you

Retrieved from "https://nicoledollanganger.fandom.com/wiki/Chapel_(song)?oldid=2302"
Community content is available under CC-BY-SA unless otherwise noted.