Observatory Mansions is the fourth full length album by Nicole Dollanganger released on January 10, 2014. It was written and composed by her mainly in 2013; with the exception of the last two songs being unconfirmed.

The album is named after a novel by Edward Carey. 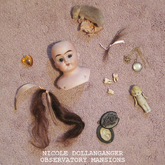 Original Album Cover
Add a photo to this gallery
In 2016, Run For Cover Records reissued the album with the tracklist now including "Observatory Mansions II" as track 10.

Around December 9, 2013, the original tracklisting included the unreleased song, Hymns for the Small Towns, as the seventh track.

In 2014 and 2016, Dollanganger made one cassette and two CDs for this release. It was also released on CD by Get This Right Records through Cold Cuts Merch in 2016 with the same design. 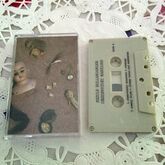 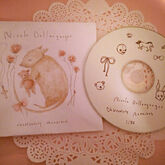 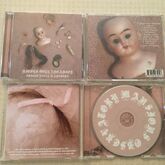 CD (2016)
Add a photo to this gallery
In 2016, Run For Cover Records reissued the album on CD, cassette, and three vinyl versions. The splatter version was later made available on Limited Run through the Second City Prints merchandise store. 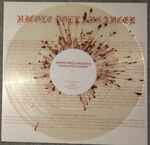 Cassette & CD (2016)
Add a photo to this gallery
Retrieved from "https://nicoledollanganger.fandom.com/wiki/Observatory_Mansions_(album)?oldid=2074"
Community content is available under CC-BY-SA unless otherwise noted.